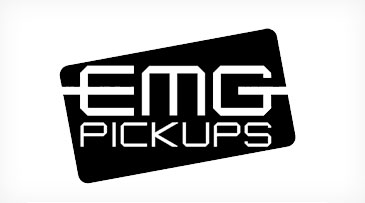 Most people think of EMG and immediately associate the active  humbucker or single coil pickup to the name.  They think of bands like Slayer, Metallica, Rammstein or Judas Priest and players so diverse as to include not only the metal gods mentioned, but also players like Prince, Vince Gill, Eddie Van Halen and perhaps the most well associated with EMG, David Gilmour.  But why and how does a company manage to convince people to change the stock pickups in their guitars and basses?  Since EMG is a new product line for Solo Guitars, let’s take a look!

Let’s start back in the 70’s when the world was rock&rolls oyster.  Almost every business that started up with legitimate products to improve sound, volume, tone or appearance did well.  We had lived through the birth of the electric guitar, the birth of r&r, the British Invasion of the early 60’s, and the coming of age of American music by ’69 when Woodstock happened and the corner had been turned in the early ’70’s by bands like the Allman Bros.  We had also lost so many idols by that point…Hendrix, Joplin, Morrison to name a few.  Players were now looking for products to improve their sound and make them more individualized, more memorable and louder!

One of those companies was started by Rob Turner in Long Beach California in the early 70’s.  Originally called Dirtywork Studios, the name changed to Overlend and in 1976 became EMG.

EMG by the way stands for Electro-Magnetic Generator.  They initially had more success in Europe, but having formed a business relationship with Steinberger, their popularity increased with Steinbergers in the 80’s in both the European and American marketplace.
The whole idea of making the pickups ‘active’ (which means they require a separate power source and an onboard preamp to work) was to increase volume and flexibility.
The design also had a couple extra features or benefits.  Players could use longer cords without worry of signal degradation, the 60 cycle hum that comes from ‘bad power’ or lights was eliminated, and the risk of electrical shock was also eliminated.  EMG also used a bar magnet instead of pole pieces like most pickups.  The bar magnet smoothed the sound and created a more balanced output.  For the distortion guys, this was a new world, control of the EQ, smoother and more balanced output, less fade and longer sustain.

Whatever the magic that Rob initially added to the pickups, they have stood the test of time and Solo Guitars is proud to include the EMG pickup line for you to upgrade any of the Solo Guitar kits, or just your own guitars and basses!  Check out the Solo Guitar website for the online catalogue.  Remember, even though Steve Lukather and Peter Frampton were instrumental in putting the EMG pickup system into David Gilmour’s hands, it was James Hettfield and Kurt Hammet of Metallica that pushed EMG into the metal market, even insisting that EMG stands for ‘Extra Metal Growl’.  And in another world, Eddie Van Halen used an EMG Steinberger guitar to formulate his now famous ‘Brown Sound’!  Now do you see why Solo Guitars find EMG to be so important to offer you?