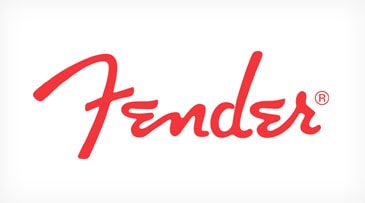 Solo Guitars is a Fender Parts dealer….that may not sound like much to some, but for everyone at Solo Guitars it is a reason to shout it out. Fender is probably the most recognizable name in the music business, and has been since the early 50’s. Virtually every genre of music has been defined in some way or another by the name Fender. Whether it would be Buddy Holly with his Stratocaster, or Jimi Hendrix with his….or maybe Canadian jazz great Ed Bickert with his Telecaster or Vince Gill and any number of great country stars with theirs, Fender has influenced or been a part of almost; well, everything musical.

Many people believe that Fender started in the early 50’s but actually the history of the company goes back to 1938 when Leo Fender owned Fender’s Radio Service. One of the items he was asked to repair were musical instrument amplifiers. Intrigued by the flaws he saw in these units, he decided to start building his own. In the early 40’s Leo partnered with Doc Kauffman and they started K&F Manufacturing Corp, to design manufacture and sell electric instrument amplifiers and instruments. The two did not see eye to eye on everything and parted in 1946. It was then that Leo renamed to company to Fender Musical Instrument Company and he began producing lap steel guitars which were quite popular at the time. Leo began to experiment with designs and by the late 40’s had a prototype Telecaster…or at least had a prototype that kind of looked like a Telecaster. So, by 1950, the design had been finalized and the Broadcaster was born, which would of course later become the Telecaster. This would be the first electric instrument that was made up of a separate body and bolt-on neck, which could be produced quickly and efficiently by unskilled labour. That combined with one of the most aggressive marketing and advertising campaigns, vaulted Fender into the leading role of electric musical instrument builders. As we all know, the Telecaster was followed up by the Tele Bass which became the Precision bass, the Stratocaster, Jazz Bass, Mustang, Jazzmaster and a few more iconic names that they still produce to this day.

In the 60’s, Leo decided to sell his company to CBS….the so called dark time of Fender. CBS was a bottom line company, and quality was alleged to drop in those years, but the company continued to grow and increase its value until 1985 when the employees purchased the company from CBS under a campaign started by Bill Schultz. Leo Fender himself had gone on to form G&L Guitars in 1975 and went his own way with another high quality guitar line. Fender itself continued to grow with plants in Corona Ca, Ensenada in Mexico and Fender Japan. The product line grew as well with not only the original models available and amplifiers, but Fender started buying up other companies to add to their product line. Some of those names included, Guild, Jackson/Charvel, Sunn Amplifiers, Gretsch, Tacoma, Takamine, Hamer and Ovation. Fender is now a publicly owned corporation, on the stock market and worth billions.

So why are we shouting about being Fender parts dealers? Well Solo Guitars want to offer every possible upgrade to you for the Solo Guitar kits or your own guitars and basses at home. We at Solo Guitars are proud to represent Fender to you!