As of Monday, June 15 2020, we will be re-launching the local pick up option for orders. In order to minimize contact as much as possible, orders are to be made online and picked up curb side. Once arrived, please call 1-800-632-7656 with your order number and remain in your vehicle. One of our staff members will put the order in your car. Please note, any questions you may have on the product you wish to buy should be made via email or phone prior to placing the order and not during the time of pick up. We thank you for your cooperation and once this is over, look forward to seeing you inside the showroom again. Stay safe and stay creative. 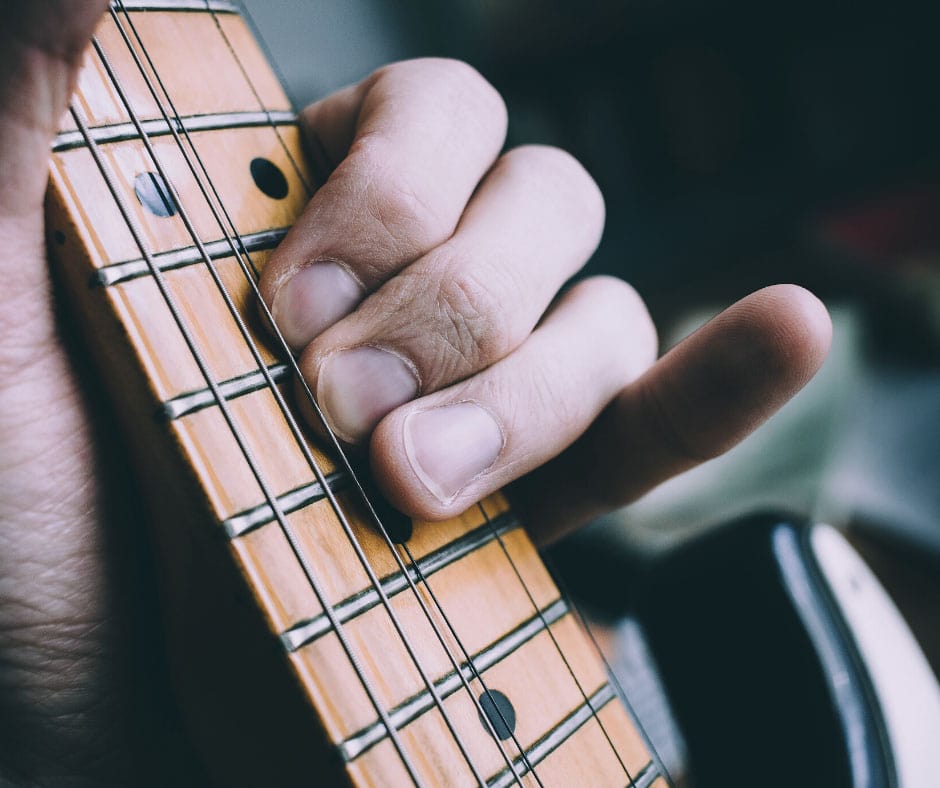 There are almost as many opinions out there as to what ‘tone’ is and who has it, as there are opinions about which guitar or pedal is best.  I am going to do my best to explain my viewpoint on the subject without stepping on too many toes….ummm which is not really that easy to do.

So what is tone? The Merriam Webster Dictionary tells us that tone is a vocal or musical sound of a specific quality.  Ok, makes sense I guess, but what is specific quality, or what makes a sound have a specific quality?  Why does one sound have it and another not?  Is there a guitar or amp that give you better tone, or maybe a cable or a pedal?  Let’s look at a few examples…..

Let’s take the telecaster…so does Brad Paisley get good tone from his, or how about Albert Lee back in the day, or Danny Gatton?  These are all in your face kind of harsh sounds that could define the telecaster sound…..but then what about Jeff Beck back when he recorded Wired?  Or Jimmy Page on Led Zep 1 and 2?  All telecasters and all different sounds….tones.  The Stratocaster is even more notorious…Jimmi…SRV….Eric Clapton…..this list is almost endless when it comes to tone gods on this guitar.  Why is the Strat so much different from the tele?  Typically one is swamp ash, and one is alder, but both have single coil pickups and maple or maple/rosewood necks.  The bridges are different but really should one sound so much different than the other?  And again…which one has better tone?  Then there is the Les Paul….Slash, Gary Moore, Jimmy Page later in his career….all tone gods and all playing Les Pauls….is the guitar the secret?

It would be pretty easy to just decide that a guitar creates the sound and depending on the model, and has ‘the tone’…..but you would be wrong.  Your gear can have tone, or it can sound pretty bad.  A good friend of mine Ted Leonard formerly of the band Fathead here in Canada….and one of my favourite guitar players, used to frequent another friends store, take the crappiest guitar and amp off the floor and create sounds that would ensure that guitar and amp would be sold within a day or two…..  Of course that same guitar and amp would come back in the next week or so, because the guy could not get that same sound out of that gear.  Another great example is Gary Moore….I became an even bigger fan of his playing when he released his blues albums some years back, and especially the song Still Got The Blues….the solo in this song is off the charts in my opinion.  But of course he had Peter Greene’s Les Paul and was using the very best vintage Marshall amps out there so no wonder right?  Well I visited another old friend of mine, and one of the very best road techs out there who goes by Skully (most recently Geddy Lee’s tech in that band, umm what were they called?….oh yeah Rush).  I was going on and on about Gary’s playing and his gear etc and finally Skully told me to stop and listen as he put on a video of Gary Moore….live on stage somewhere and about to play a Charvel Guitar through a Soldano amplifier.  He ripped into Still Got The Blues and guess what?  He had the same sound and the same great tone as he did on the album!!  Lesson learned….it ain’t about the gear brother….it’s about the player!